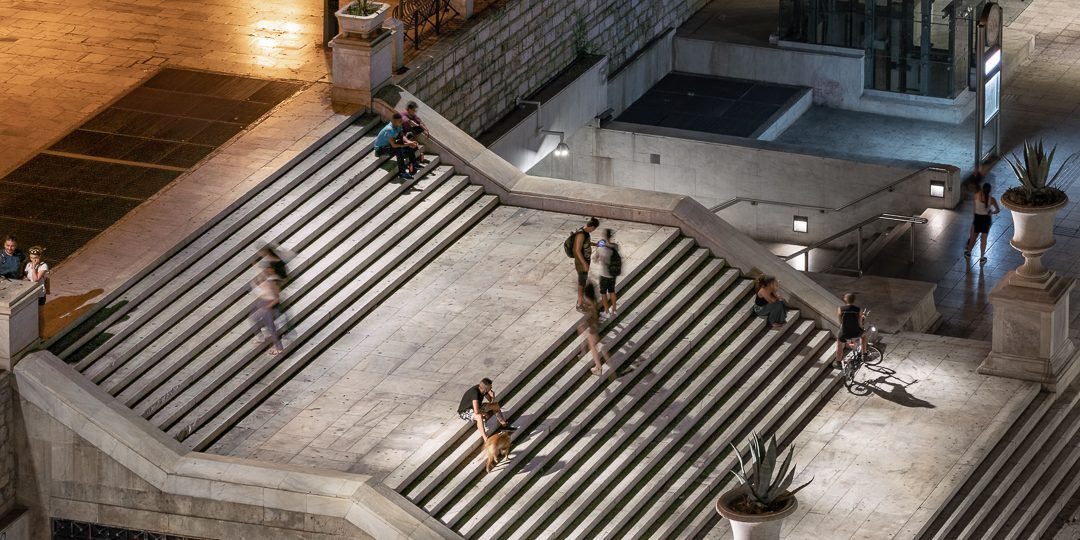 Situated in the heart of Athens, Greece, Syntagma Square, is considered the most important square of the city. Located in front of the 19th Century, Old Royal Palace, which has housed Greek Parliament since 1934, Syntagma Square is steeped with commercial, political and social significance, and is also the main transportation hub in Athens.

Nearly every major event in Greece is either celebrated or mourned here. London based Lighting Design Practice, Lighting Design International (LDI) were appointed as designers for the project. The brief was to ensure the well-used public space was adequately illuminated, especially for pedestrians using the area in the evening. It was also key to ensure the historic space remained in keeping with the architectural marvels and facades on the square’s perimeter, which is home to many exclusive residencies.

Architainment Lighting worked closely with LDI to supply the specified lighting solution. Luminaires from Ecosense’s multi award-winning Rise collection, the world’s smallest floodlight, were selected to illuminate Syntagma Square. Specifically, Ecosense Rise F080 fittings, delivering up to 745 lumens were used, alongside the Ecosense Rise F170, equally as compact but delivering up to 2,900 lumens output. These fittings were supplied with custom made tree straps for column mounting around and throughout the square for excellent distribution of light. Architainment were also able to supply bespoke products which LDI needed to create the desired lighting effect, including custom extended snoots and a quad of the Rise fitting on a custom bracket to enhance the Metro entrance step lighting.

The main steps in the square, a popular meeting place as all streets lead here, were also accented using these high-powered spotlights. The Rise family offers the benefit of interchangeable lenses, so once installed it was simple to change some of the beam angles on the fixtures whilst onsite to ensure the scheme offered the wow factor LDI had duly designed.

Working on International projects is always an honour, especially when it offers such rich heritage. Rise is a welcome offering in our comprehensive product portfolio, and we are proud to offer this as one of our many lighting solutions. For this project particularly, the unique features and benefits allowed any changes to be made onsite in a cost effective, timely and hassle-free manner ensuring everyone was delighted with the end results.

More information about Syntagma Square can be found on Wikipedia.

You can view the entire Ecosense range in our Products Section

The square is bordered by Amalia Avenue (Leofóros Amalías) to the east, Otto Street (Óthonos) to the south and King George I Street (Vasiléos Georgíou Prótou) to the north. The street bordering the square to the west, connecting Stadiou Street with Fillelinon Street, is simply named “Syntagma Square” (Plateia Syntágmatos). The eastern side of the square is higher than the western, and dominated by a set of marble steps leading to Amalias Avenue; beneath these lies the Syntagma metro station. The stairs emerge below between a pair of outdoor cafes, and are a popular city-centre gathering place. Syntagma also includes two green areas to the north and south, planted with shade trees, while in the centre of the square there is a large mid-19th century water fountain.

The Old Royal Palace neoclassical building, housing the Greek Parliament since 1934, is immediately across Amalias Avenue to the east, and surrounded by the extensive National Gardens, which are open to the public; the Parliament itself is not open to the public, even when not in session. Every hour, the changing of the guard ceremony, performed by the Presidential Guard, is conducted in front of the Tomb of the Unknown Soldier on the area between the Syntagma Square and Parliament building. On certain days, a ceremonial changing of the guard occurs with an army band and the majority of the 120 Evzones present at 11 am. 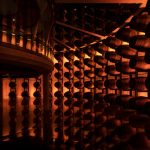