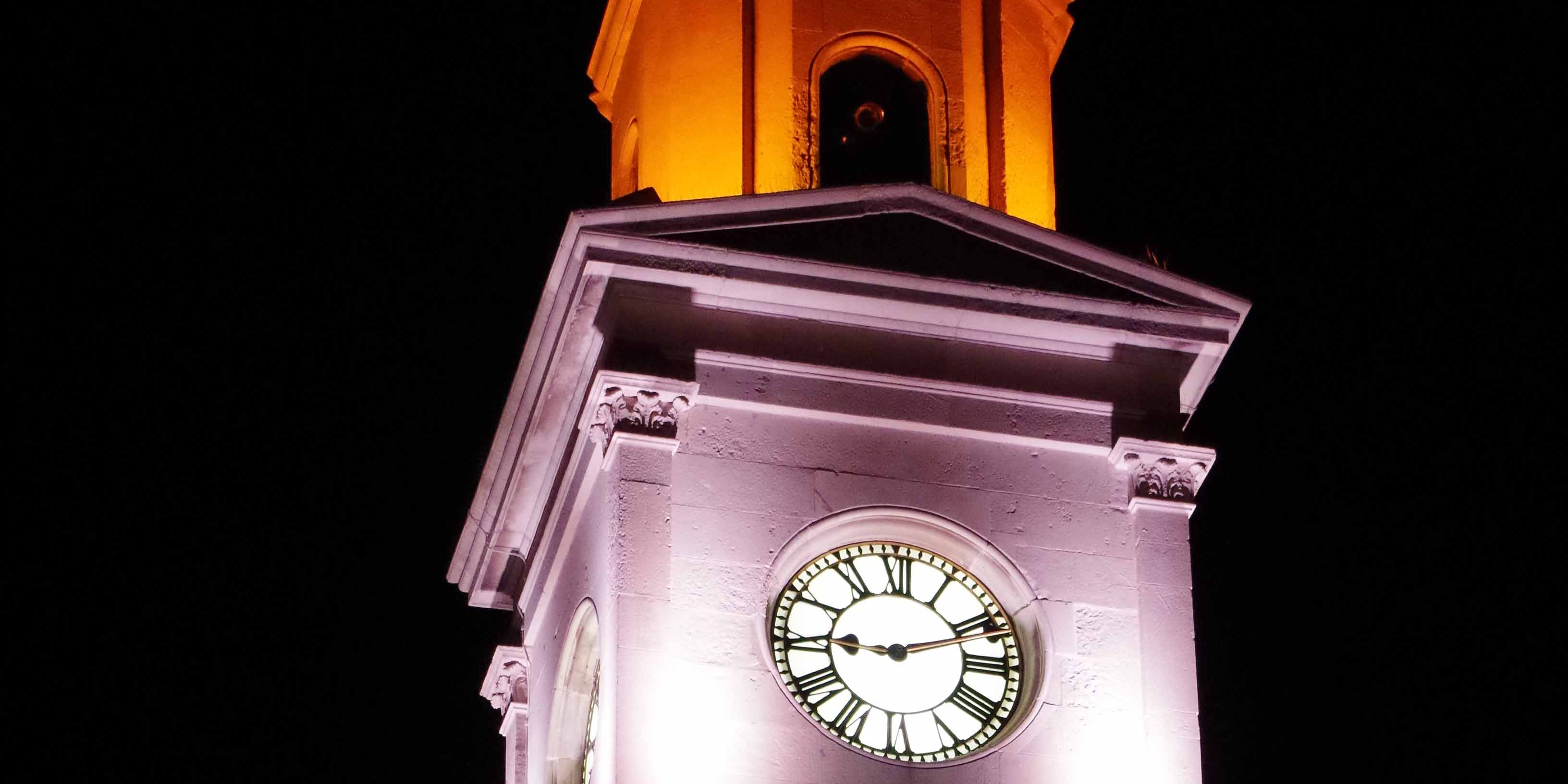 Built in 1837, the Herne Bay clock tower in Kent is the oldest known free standing, purpose built clock tower in the world.  The iconic structure stands some 82 feet high to the weather vane and has over its 178 years become a much loved symbol of the town.

Following a successful bid for Heritage Lottery Funding by Canterbury City Council to refurbish the Clock Tower, a project to completely restore the Clock Tower began in 2014.

In addition to a solution that could be used in both everyday and celebratory mode for times of festivities, part of the specification was to include a new state-of-the-art tidal-linked colour changing lighting system.

Simon Hughes of DAZL Lighting was contracted by Canterbury City Council initially to design and subsequently deliver an installation that would become a legacy of the refurbishment, and he turned to Architainment to assist in the specification and supply of the luminaires. Simon comments “I enjoyed help from Architainment right through from my initial enquiry up to the delivery of the completed system”.

Hector Machado of Architainment comments “The technical solution for the Herne Bay Clock Tower involved a total of 32 Philips Color Kinetic Colorblast Powercore units linked to a Pharos TPC lighting controller, meaning that both dynamic white and coloured light can be created according to specific requirements”   This ability was demonstrated on National Epilepsy Day on Thursday 26 March 2015, when the Clock tower was illuminated in purple, in line with many other famous buildings around the world.

The Colorblast Powercore units are distributed across the four sections of the tower. The bottom three sections can be illuminated in any colour, whilst the top section uniquely changes colour according to the state of the tide. At low tide the top section is illuminated in red – subtly changing so that by high tide the illumination is green. This unique feature was made possible thanks to Architainment’s technical department who programmed the Pharos software to interface the tidal clock with the lighting solution, using a 15 year database of tidal information.

Colour is used sparingly through most of the year but using RGB units as the light source allows the white light to be ‘tuned’ to exhibit the character of the stone to its best.

Patrick Rynne, the Project Leader from Canterbury City Council comments “We are delighted with our decision to put modern LED lights on the Herne Bay Clock Tower. It brings the architectural features to the fore and provides a new prospective to this unique asset. We would like to thank DAZL Lighting, who have been diligent in their application and professional in every aspect of their delivery. A great job, well done.”