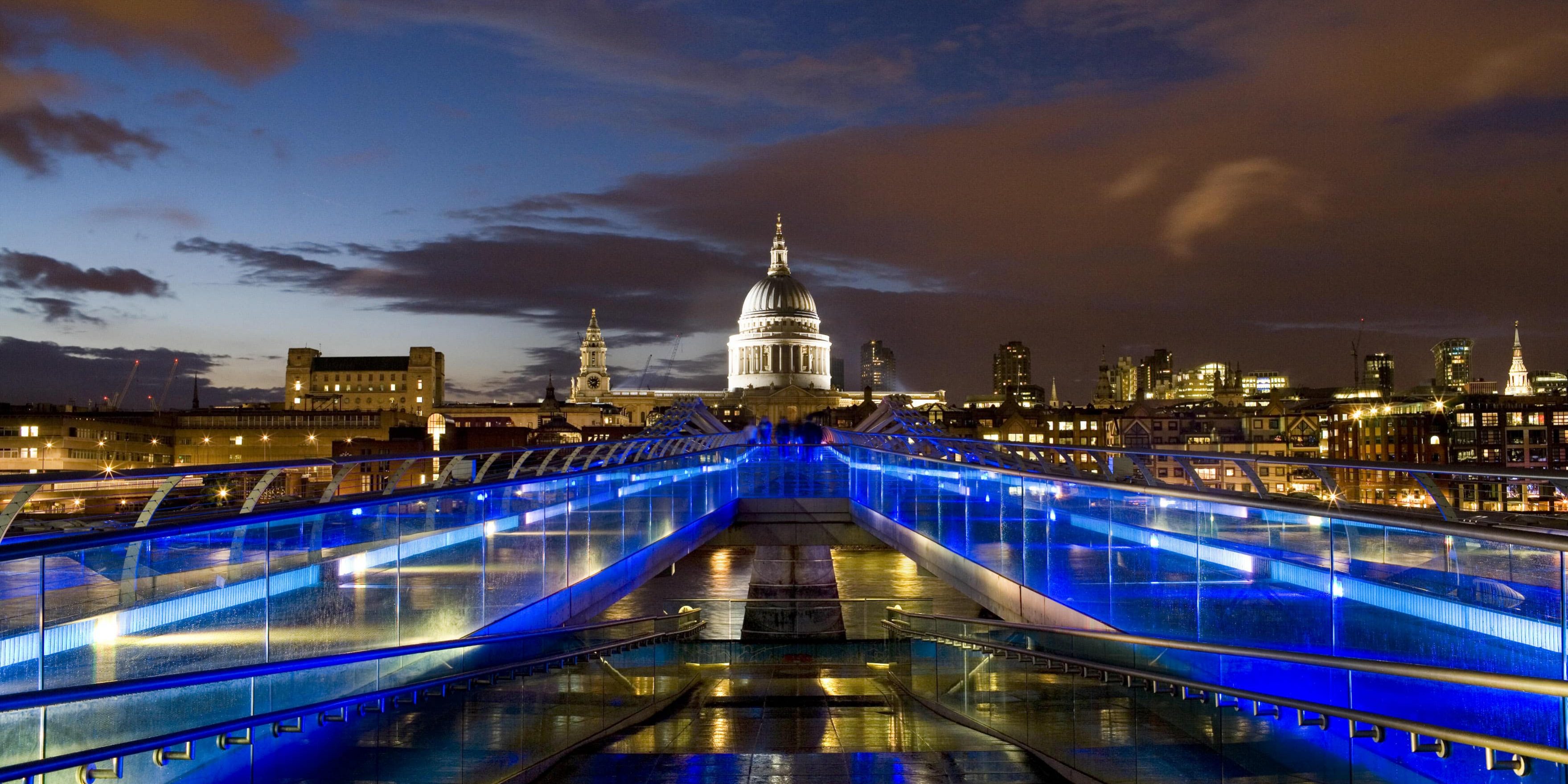 Deciding to update Gateshead Millennium Bridge’s existing lighting system, Gateshead Council asked Stage Electrics to specify an LED lighting solution. Looking for an architectural floodlight powerful enough to illuminate large-scale structures Stage Electrics approached Architainment Lighting to supply ColorReach Powercore fixtures from Philips Color Kinetics. Acclaimed as the world’s first and only tilting bridge the LED lighting solution supplied is in itself a revolutionary development in LED technology. As Craig Grieveson of Stage Electrics comments; “when Gateshead council decided that the time had arrived to update the existing lighting system it was an ideal opportunity to put forward Philips ColourReach. It’s the first LED architectural floodlight which is powerful enough to illuminate large-scale structures having more lumen output than any other comparable fixture for exterior illumination.”

The ColorReach Powercore offers light projection of up to 5,000 lumens over 500 feet, providing colour mixing effects through both static and dynamic colour changing sequences. A total of eight ColorReach’s were installed, all incorporating a flexible selection of beam angles allowing differing combinations of dynamic displays to be produced, resulting in beautiful effects visible from sunset through to 1am. These run via a DMX controller using astronomically triggered timelines as well as real time special events.

At full output, the ColorReach operates at 290 W compared to the 700 W of the traditional flood lights that were replaced, therefore achieving remarkable energy savings.

Potential also exists to use one beam on the module’s lower half to bathe the vertical plane with colour at deck level whilst utilising a different beam angle to project a contrasting or complementary colour hundreds of feet up at the top of the bridge arch. In addition, two remote touch screens have been installed to allow bridge staff to take manual control of the system for last minute special requests or specific colour requirements.