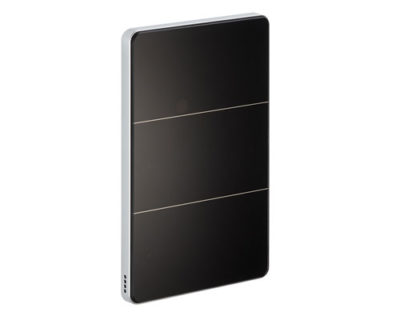 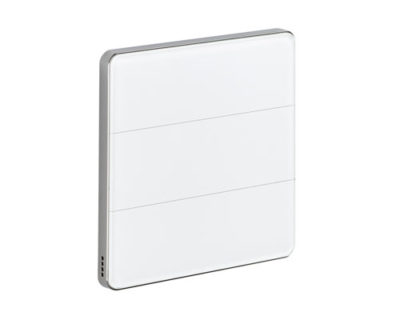 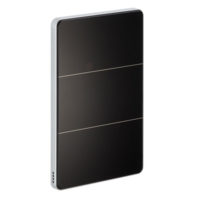 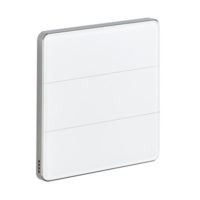 Triggers up to six shows

Six onboard effects and up to six configurable shows

Antumbra iColor Keypad uses onboard lighting effects, eliminating the need for an external data source. Use the Antumbra iColor Keypad Effect Manager configuration software to select from six effects and adjust effect settings such as color, speed, and brightness as desired. Store up to six sets of effects and settings as shows. Recall shows at the touch of a button.

The Application Module contains buttons, rim, base, and mounting plate, which are available in a variety of colors and materials to suit décor. The iColor Communication Module contains all of the logical and network functions and is pre-programmed off-site, allowing commissioning to commence prior to finish options being finalized.

The user interface detects an approaching user and “wakes up,” initiating a wallwashing lighting effect on the Antumbra panel to encourage interaction.

Easily adjust brightness of connected lights, or turn them on and off. The Antumbra Touch interface is made of a single, easyto-clean glass panel, and a soft beep lets you know that the keypad was pressed.